The Type II gold dollar minted in only 1854 and 1855 (and in 1856 in San Francisco) is by far the rarest of the three issues. The coins proved to show excessive weakness in central areas, LL and 8 of a date usually weak and often illegible, sometimes the entire date being obscured. The vast majority of the Type II dollars went back to the mint to be melted. Much small gold was melted and exported as bullion in the late 1850’s and again during the Civil War after suspension of specie payments. This affected the recent Type II more than Type I dollars. They are rare in all grades. 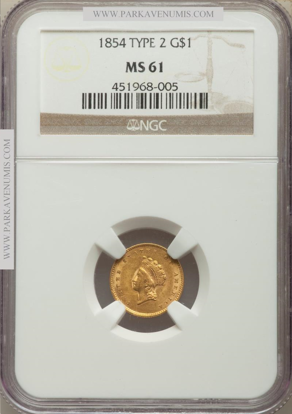 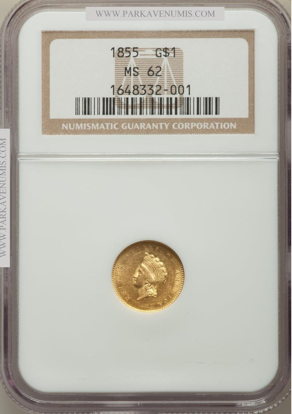 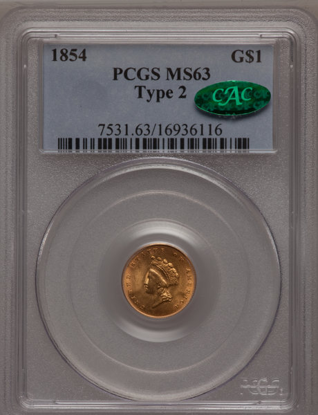 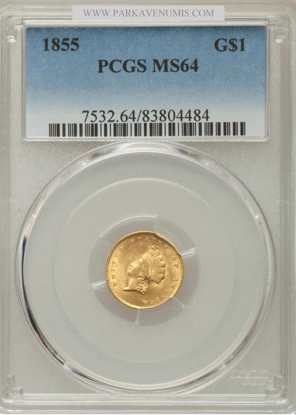 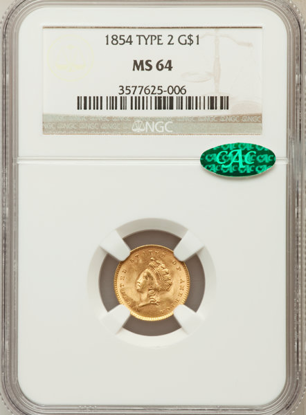 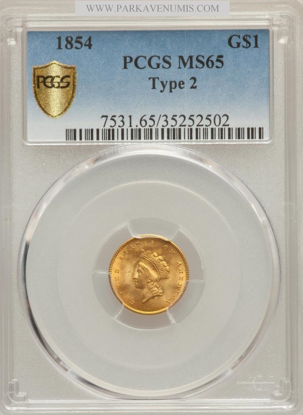