The so-called Peace silver dollar, designed by Anthony DeFrancisci, was first produced in December 1921 following a large mintage of Morgan dollars that same year. The idea for a coin to commemorate the peace following World War I came from Farran Zerbe, former President of the ANA from 1908 to 1910 and active promoter of numismatics, particularly during the first quarter of the 20th century.

The Peace dollar depicts the obverse of Miss Liberty, facing left, wearing a diadem of spikes (in somewhat similar style to that seen on the Statue of Liberty). LIBERTY is above, while IN GOD WE TRUST and the date are below. The reverse shows an eagle perched on a rock, with a laurel branch, and with PEACE inscribed below. UNITED STATES OF AMERICA and EPLURIBUS UNUM are above, while ONE DOLLAR is to be seen just below the center. Rays of an unseen sun emanate from the lower right. 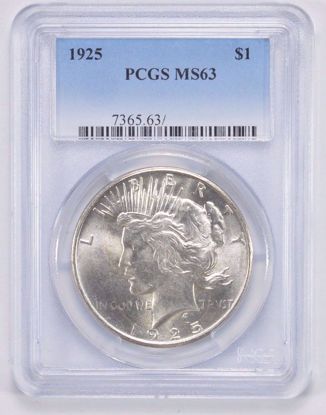 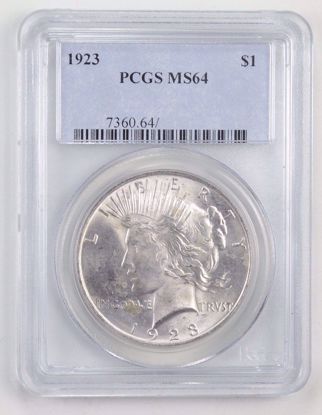 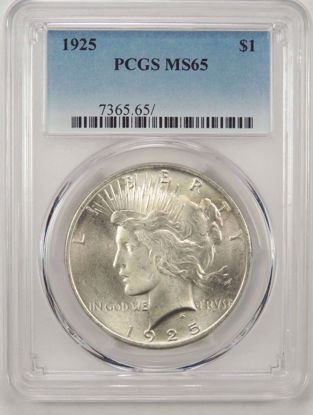 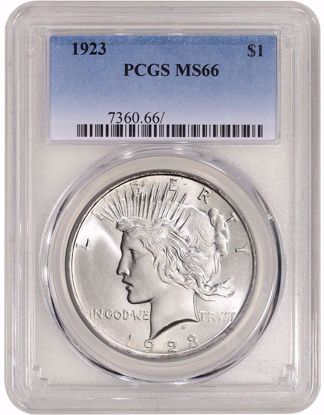