Issued between 1840-1907. The smallest denomination in the Liberty series, the Quarter Eagle was the gold piece most apt to be spent and not hoarded. Becasue of this, high grade uncirculated examples, especially dates before 1890, can be extremely scarce. Whereas the Act of March 3, 1865 provided for the motto IN GOD WE TRUST to be added to the five, ten dollar and twenty dollar gold pieces, the motto was never added to the Quarter Eagle because the coin was not large enough to provide room for it. Although struck for 68 years, the total mintage was near 12 million and the greatest number struck was 1.4 million pieces in 1853. In spite of its low mintages, until a few years ago, this series went unoticed. It has in the last five years seen one of the most spectacular increases collector interest. The late Walter Breen estimated that only 1 1/2% of the millions minted are still in existence after the 1933 meltdown of approximately 94% of all U.S. gold coins. 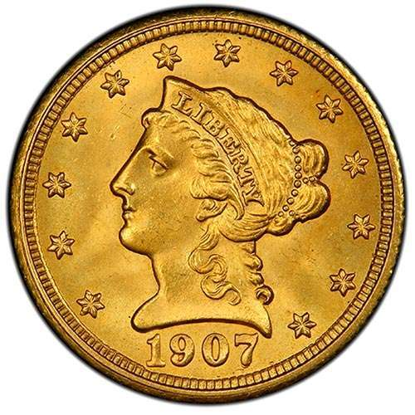 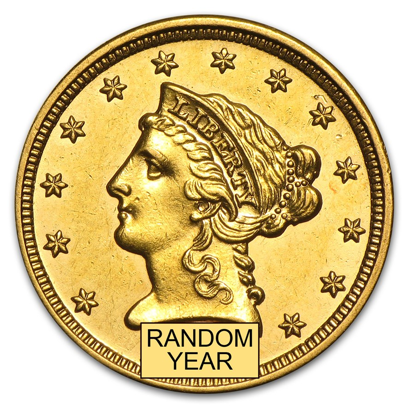 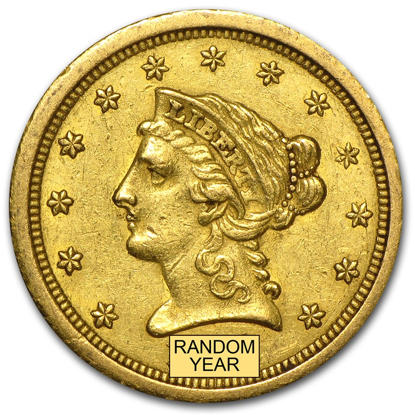 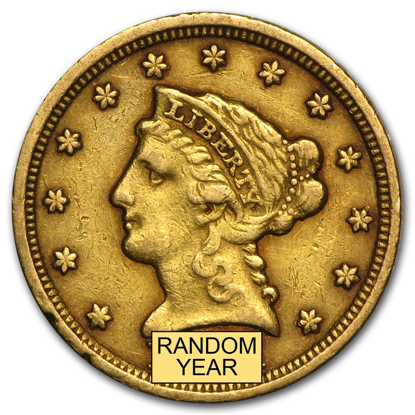