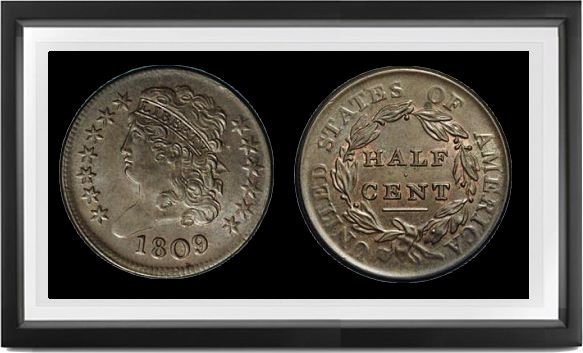 ONCE ROBERT SCOT HAD MANAGED to land the lifetime post of the Mint Engravership in November 1793 it became quickly apparent that what we now call the "Peter Principle" was in operation: Scot was a competent engraver of bank note plates, but as a die sinker or a maker of relief models for hubs, Scot did not have what it took. Yet " perhaps because he knew he was out of his depth " Scot was extremely reluctant to tolerate the continued presence of an assistant (despite his having become wealthy through his bank note work). And so John Smith Gardner had to go after less than 1 Â½ years (end of March 1796); and as early as May 1801 Thomas Jefferson was writing to Mint Director Boudinot that he has just received specimens of engraving from John Reich, lately emigrated from Germany in indentured servitude, and recommended Reich's appointment. Reich was rescued by Henry Voigt and put to work in a variety of capacities, but never for coin designing; in the ensuing years he proved himself to be the best diesinker in the area, to judge by extant medals signed by him. We may attribute to Scot's intransigence the Mint's failure to hire Reich as Assistant Engraver.

Matters came to a head in March 1807 when the new Director, Robert Patterson, wrote to President Jefferson that Scot's advancing age made his continued good health " or even survival " doubtful; Reich, the only possible successor, was on the point of moving back to Europe. On April 1, with Jefferson's approval, Reich became the Assistant Engraver at the pittance of $600 per year, with the specific assignment of improving all our coin designs. He got around to the cents in 1808, the half-cents following in 1809, with a concept miscalled "Turban Head" by E. Frossard and later other collectors, but more appropriately named "Classic Head." We owe the latter name to Ebenezer Locke Mason Jr. (in his Coin & Stamp Collector's Magazine, Feb. 1868, p. 99). It is easily the strangest device "emblematic of Liberty" ever to appear on a U.S. coin prior to the series of presidential heads. A profile very similar to that common to numerous Greek statues of boy athletes " e.g. Polykleitos's "Diadoumenos" (Athlete Trying the Fillet), which shows the fillet or narrow ribbon identically placed " is adorned only by a fillet inscribed LIBERTY. But the fillet was never worn by women " only by boy athletes, who received this adornment as a prize for winning town games. Reverse is a wreath of the Christmas kind enclosing HALF CENT. Head and wreath, but not stars nor legend, are hubbed.

Six varieties of 1809, of which four are common in all grades below Uncirculated; some of these must have been made in 1810, as the latter date is much rarer than its reported mintage suggests. In 1811 coinage was stopped as local banks would no longer accept half-cents. About 0.7% survive of all these, mostly worn. No more were to be coined until 1825.

Reich's design was replaced on cents in 1816 by a dismal caricature by Scot " possibly some classically schooled critic had noticed its masculine character. On March 31, 1817, Reich resigned in disgust, having been unable to secure a raise in ten years' service. Scot hung on, minus competition and with lessening skill, until his death November 1823, when he was succeeded by another bank note plate man " William Kneass.

In late 1825, orders by Jonathan Elliott & Sons, Baltimore, occasioned resumption of half cent coinage " from the old Reich hubs. The expected larger demand did not materialize, coinage being stopped again in 1829; about 1% of these survive. Mint red examples of these years are very rare except for the spotty red 1928's with 13 stars from the Collins Find (1894).

Issues of 1831-36 were from Kneass's new hubs, slightly sharpened versions of the old Reich design " parallel to the similar heads of $2.50 and $5. Coinage was resumed to fill Washington Cilley's huge order for them. Spotty red Uncs. Of 1835 and brown to part red Uncs. Of 1833 are common from old hoards. The 1836 was coined only in Proof, about a dozen originals and possibly a few more restrikes being traced. The 1831 is equally rare, some 2200 business strikes and possibly a dozen Proofs being made, less than 1% of the business strikes being now traced. Most restrikes of 1831 were made 1858/9 from original obverse and the old 1836 reverse die, which cracked up during the process; possibly three or four dozen in all.