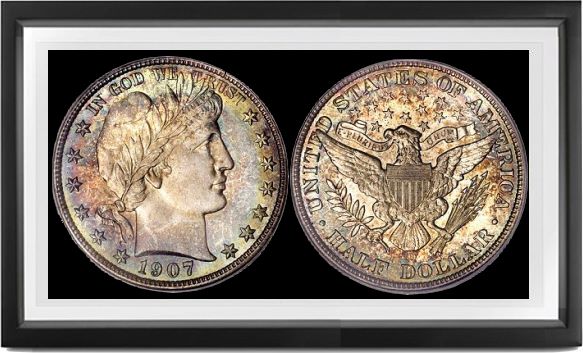 MINT DIRECTOR J. P. KIMBALL's brainchild, the Mint Act of September 26, 1890, specified that thereafter coin designs could be changed at any time after they had been in use for 25 years. As of 1891, quarters, dimes and half dollars automatically became eligible for design changes. The act also specified that nickels and silver dollars would be eligible immediately, though in fact the nickels were not to be changed until 1913, nor the dollars until 1921—thirty years too late.

Implementing Kimball's ideas, the Treasury Department announced the first of several competitions for new coin designs. The first circular went only to ten of America's best regarded artists, who conferred among themselves and notified the Treasury that the time allotted was too short, the prize too small, and the cost to the other contestants in time and effort too great unless they too were compensated for their work!

As a result, the lords of the Treasury decided to throw the competition open to the public, which yielded some 300 entries. Unfortunately, only two of them were thought worthy of even an honorable mention, none worth a prize. The new Mint Director, Edward O. Leech, castigated the competition idea as a wretched failure, and turned over the task of making new silver coin designs to the Mint's own pet, Charles E. Barber. One suspects that Barber's presence on the judging committee may have had something to do with the rejection of all 300 entries.

Barber's new obverse was a mirror image of the Morgan dollar head, minus most of her back hair (the rest being concealed within the enlarged cap); Barber took out the assorted vegetable matter from the brim of her cap (retaining her name), replacing the various stalks with a plain laurel (?) wreath. The religious motto was placed above this rather dull composition.

For reverse, Barber chose to make a copy of the Great Seal of the United States, minus the clouds, and scattering the stars above eagle's head rather than placing them in the Seal's 6-pointed star array. The red and blue stripes on the shield were indicated by traditional heraldic shading, though no such attempt was made for feathers, claws, tongue, or leaves.

No type changes are observed except for a slight enlarging of leaves and berries 1901-15.

Very few major varieties are known. One extremely rare variety of 1892 O exists with "microscopic" O, about half the normal size, evidently from the same punch intended for quarter dollars; fewer than a dozen survive. The same type of blunder (?) is reported for 1892 S, though the "microscopic" S is much rarer than the corresponding O mint variety. A double S is observed for 1899 S, and minor recuttings are found on dates in several years.

There are no extreme rarities aside from the microscopic mint marks. There are Mint State specimens of all dates and mint marks, mostly from the rolls accumulated by A.C., Gies, William Pukall and Wayte Raymond, most of them broken up before World War II. The shortest supplies appear to have been of 1901 S, 1904 S, 1913, 1914 and 1915. Most collectors were content to obtain Proofs of the last three dates, so that these are rarer than their low mintages would suggest in Mint State. Forgeries have been made by removing mintmarks. In Proof State all these are obtainable for a price, the years 1914 and 1915 being in shorter supply than they ought to be because of hoarding activities of one Virginia collector.

Click here to view our current inventory of Barber Half Dollars